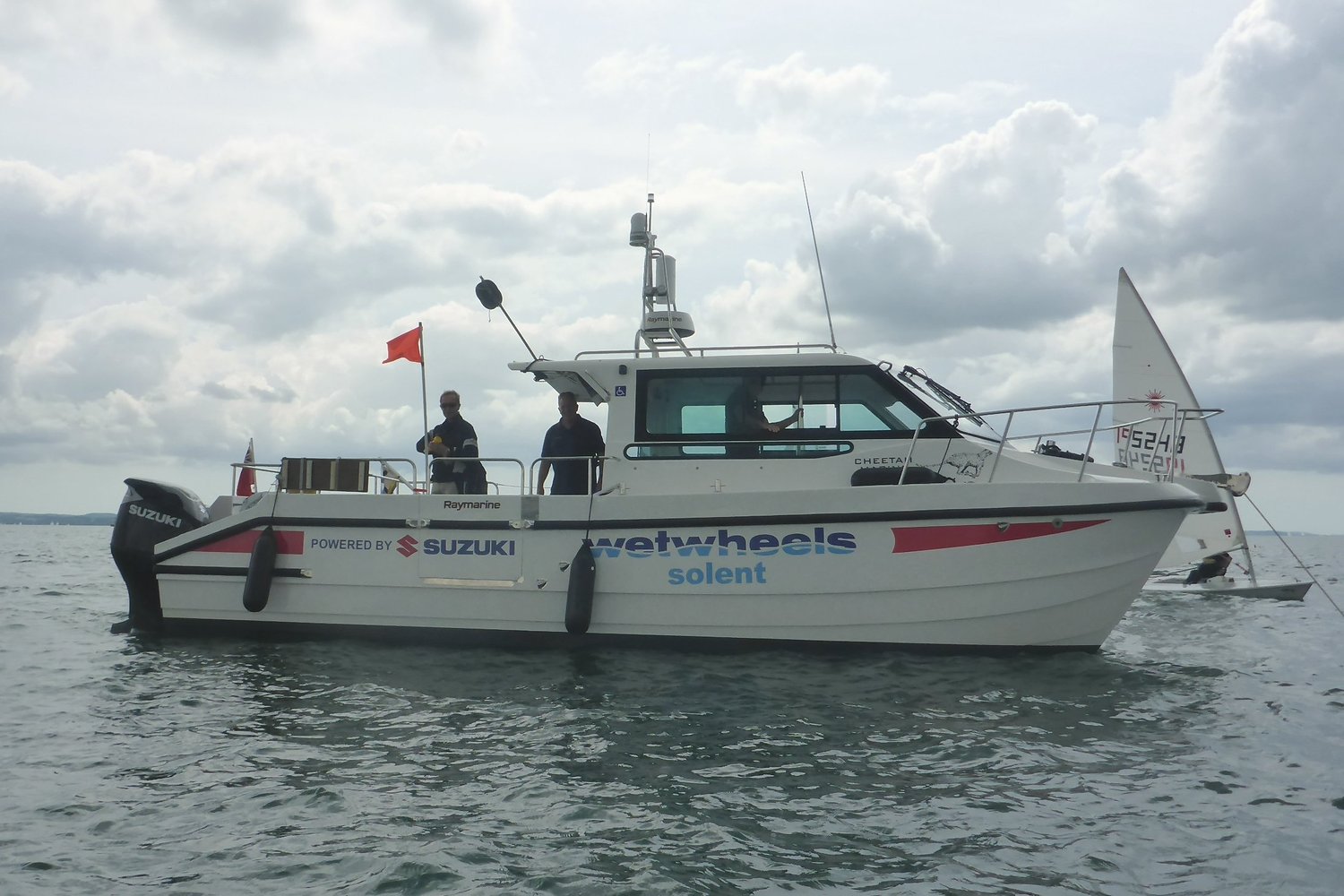 The Commodore's Challenge was held at the end of July. The Commodore is grateful to everyone who helped make the event such a success. We had 34 boats on the water competing in a single start for the Half Ton and Under Half Ton Cups. Wetwheels, the Club's chosen charity for this year, kindly provided the Committee Vessel. The weather was ideal although the breeze had enough northerly in it to make the conditions somewhat challenging. It was a great turn out even if, as always, the numbers were heavily biased towards the over half ton category!

After racing, attention turned to the cream tea which, with the late afternoon sunshine, was enjoyed by more than 50 members. The Commodore's Challenge traditionally looks to support our chosen charity and this year we raised a whopping £221 for Wetwheels - brilliant.

We know that 33 boats have started together in a Club race (2009 Vice Commodore's Challenge) and that there have been 27 starters in a Half Ton Cup race (2012). However, there is little data on race entries before 2005. In the absence of formal records, we will claim the 2019 Commodore's Challenge statistics, 34 total starters and 30 Half Ton Cup starters, as new verified benchmarks.

So well done to all who sailed, the duty crew (who were very busy!), the chefs, the catering team and those who generously donated money. There are plenty of photographs in the Gallery to browse.